To ensure the calving barn is a multi-purpose facility, feeders had to be installed to provide maximum efficiency. When Dr. Higgins began planning the dairy barn renovations, he wanted to develop a plan that would utilize the existing features. One of these existing features was the large concrete pad outside of the barn.

Dr. Higgins developed and installed a Bo Renfro style structure on the concrete pad. When we installed the gates inside the barn, we planned the layout so that each pen could have access to the feeder on the concrete pad simply by opening the gate. In addition, we positioned the gates around the barn for multiple pastures to have access to that feeder. You can see the amount of access points below. ​

Before we installed the permanent structure, we tested the design and dimensions with a similar structure that was built out of temporary feed panels. The cows pushed the panels around and we lost some hay to trampling and moisture. Here is the temporary structure we used initially. (Click on an image to enlarge it) 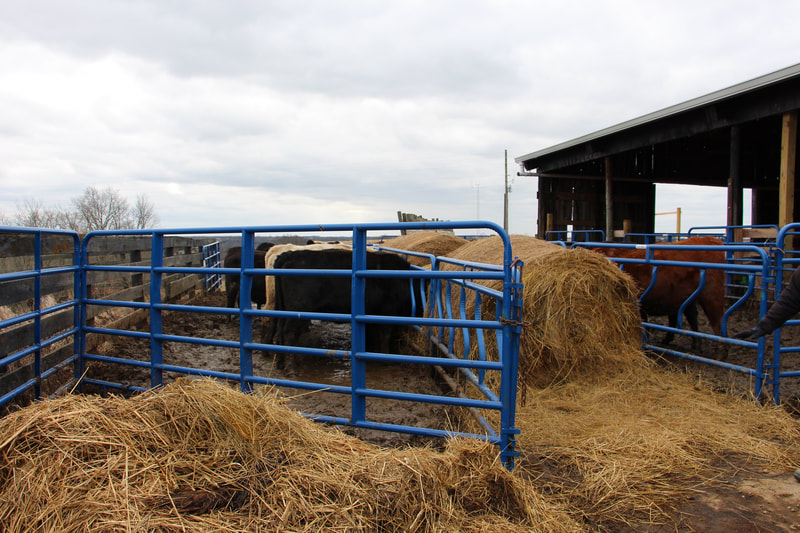 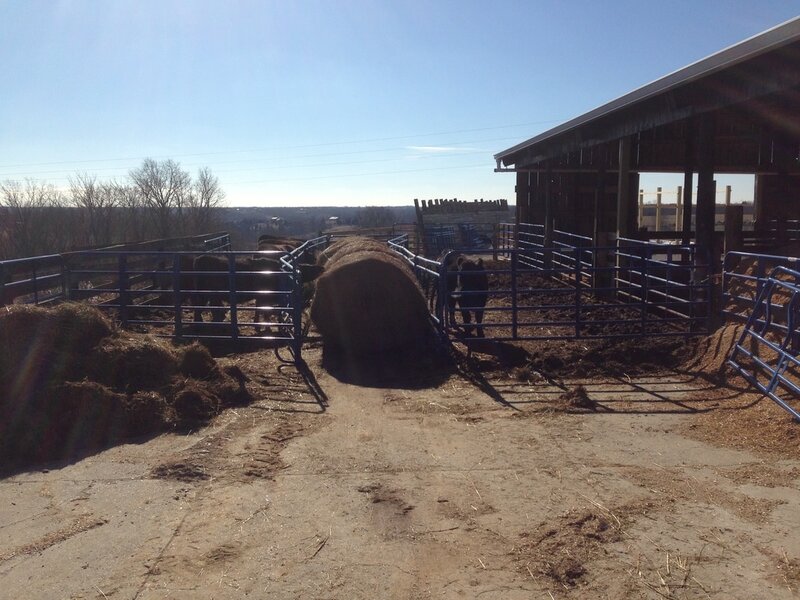 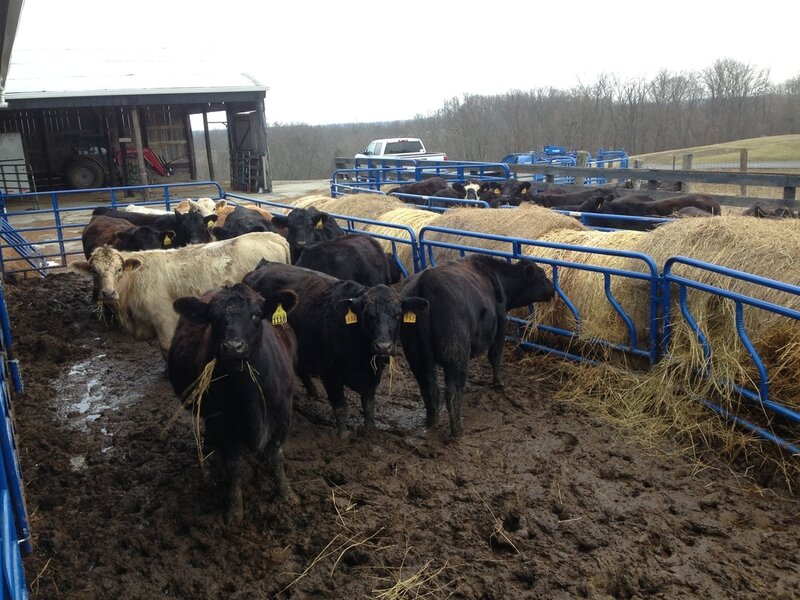 ​Once we finalized the dimensions, we installed the permanent structure made out of concrete and posts. The permanent structure wastes less hay, as the cows aren't able to move the panels around, and the center is raised 6 inches to keep the wet slop on the ground from contaminating the hay. This structure can hold 6 round bales. You can also easily feed concentrate diets in this feeder by putting feed bunks inside the feeder when it is not being used for hay. The PVC sewer pipe was added to allow for wet wrapped hay to be pushed into the feeder. The wet wrap bales are much heavier and we found we needed the pipes to be able to fill the feeder with 6 wet wrap bales end to end. If you are feeding dry hay only, the sewer pipe is not necessary. 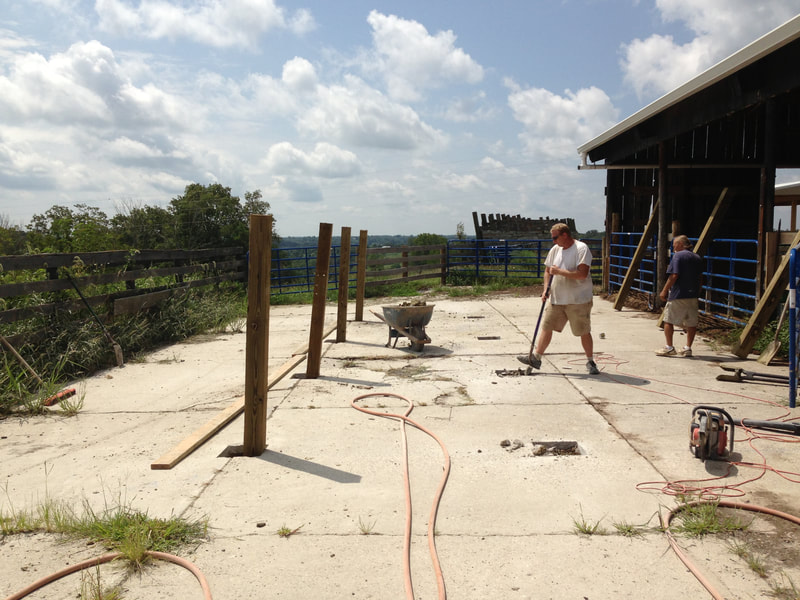 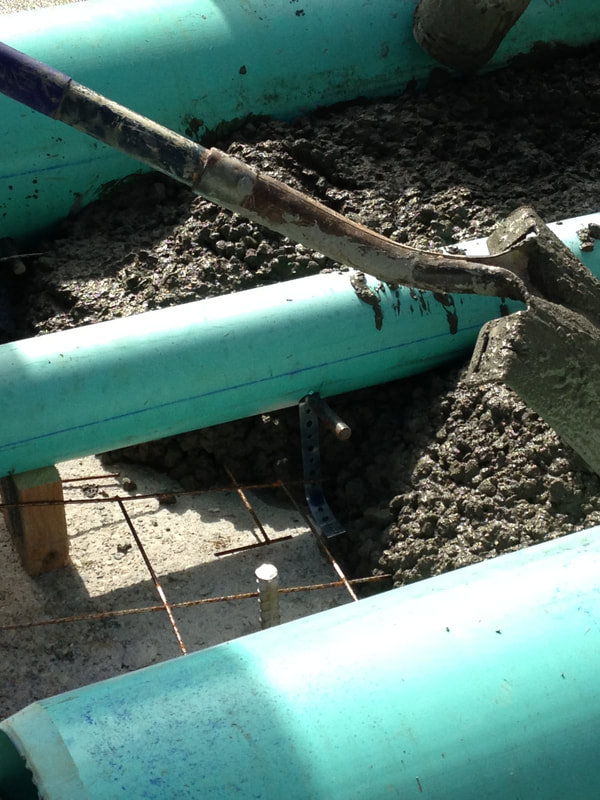 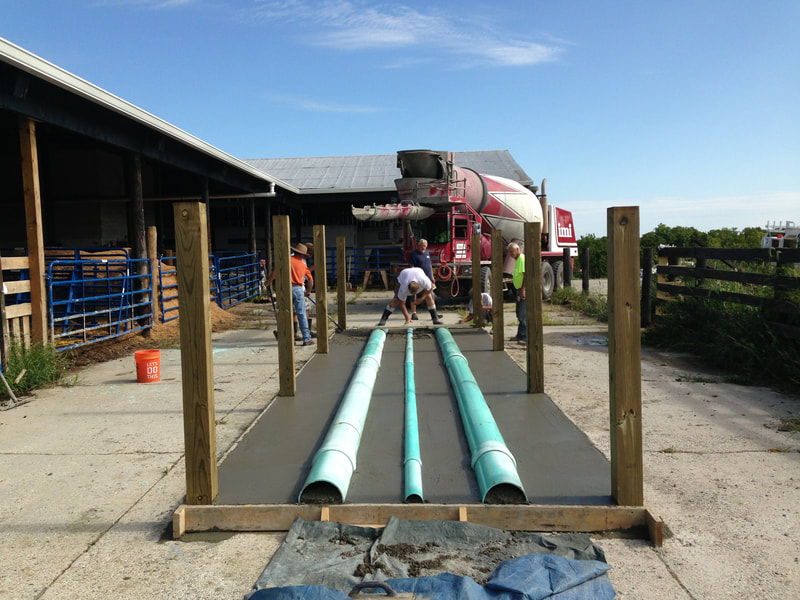 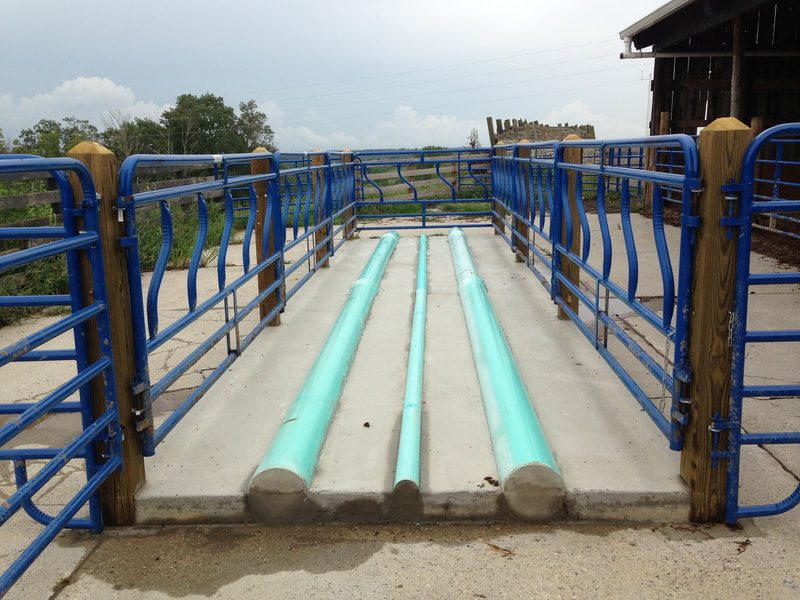 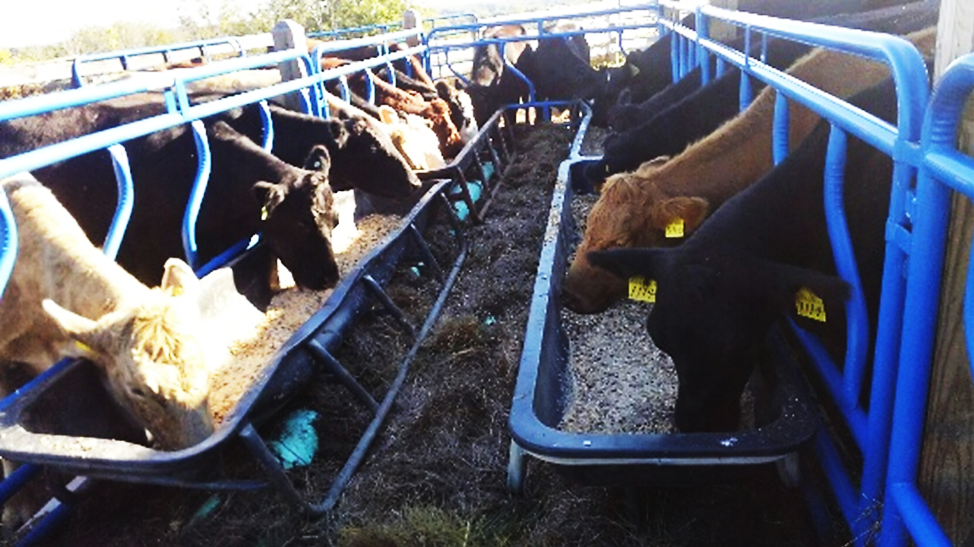 ​In addition, we created a manure stack pad on another part of the existing concrete with large concrete blocks.

During calving season we needed to be able to manage several different groups of heifers at the maternity barn. To facilitate this we built another feeder on the backside of the barn that is identical to the larger Bo Renfro, but includes a roof that is a similar design to one of our fenceline feeders. This structure only holds two bales. 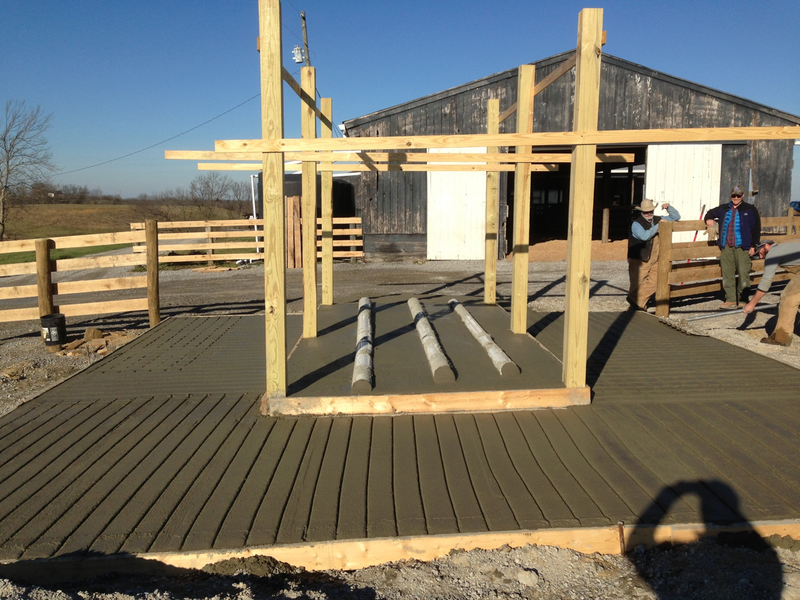 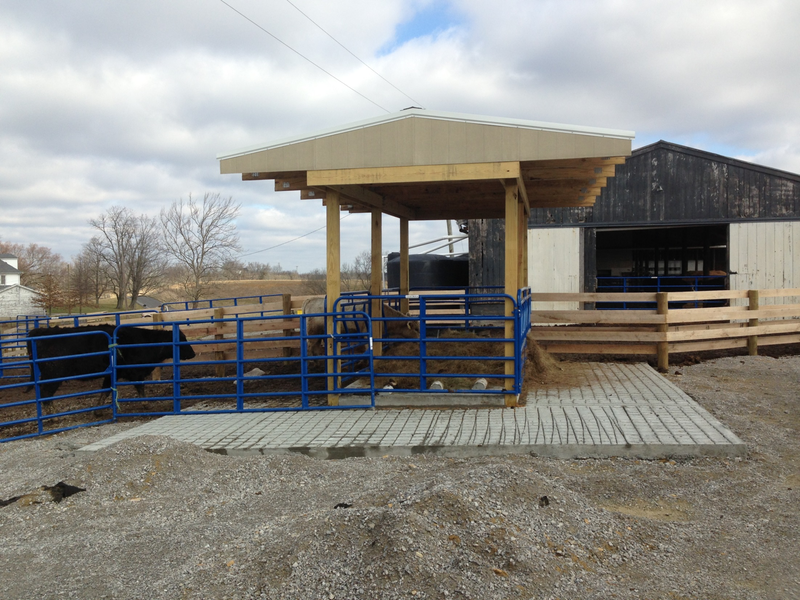 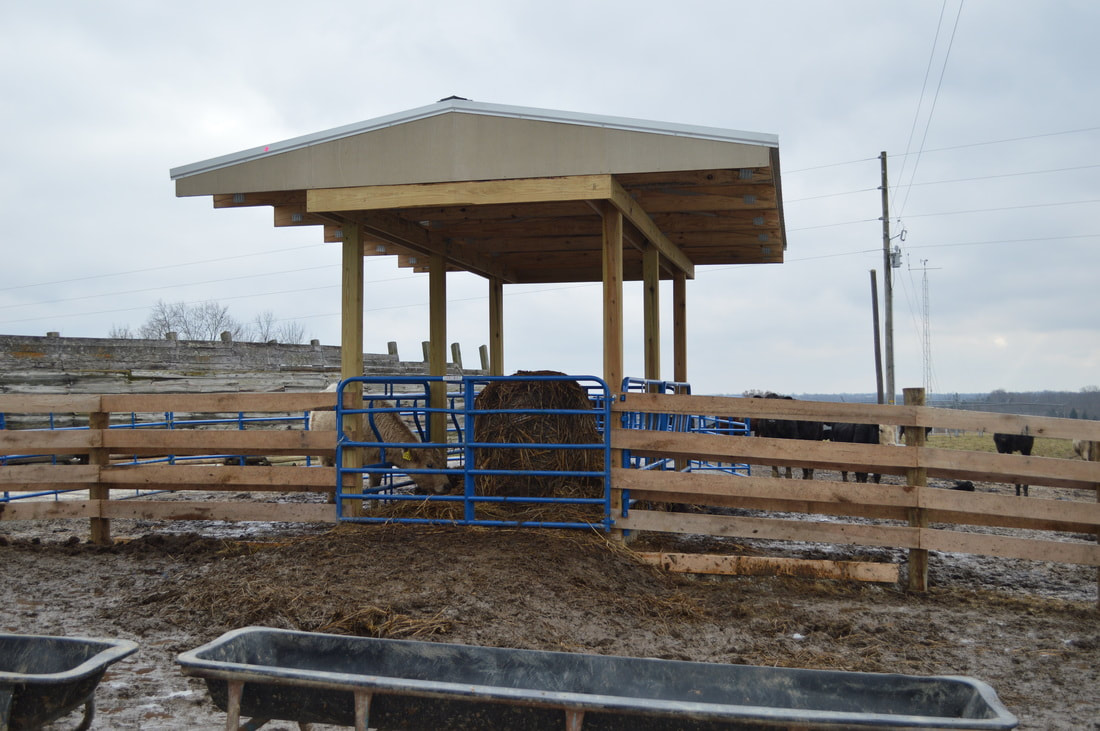 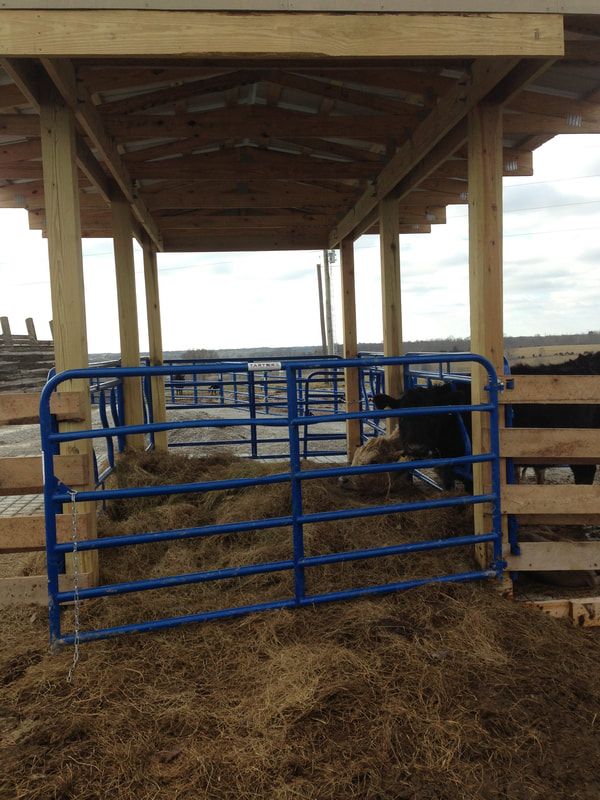 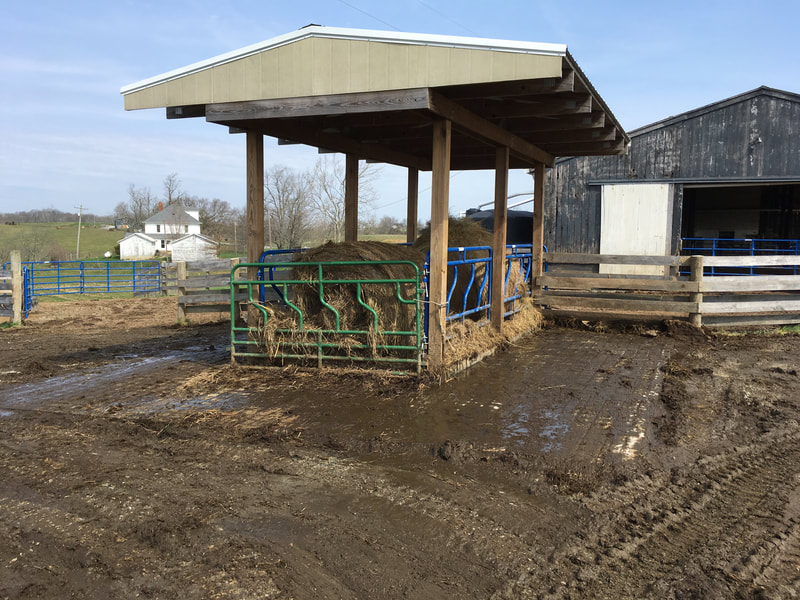 In addition to the hay feeding structures, we also put out feed bunks and mineral feeders to use when needed. You can see in the images below how we spread them out through the facility to ensure that all animals have access to them regardless of which paddock they are in. The feeding structures at this calving facility have proven to be crucial to our intensive management of our heifers during calving season. 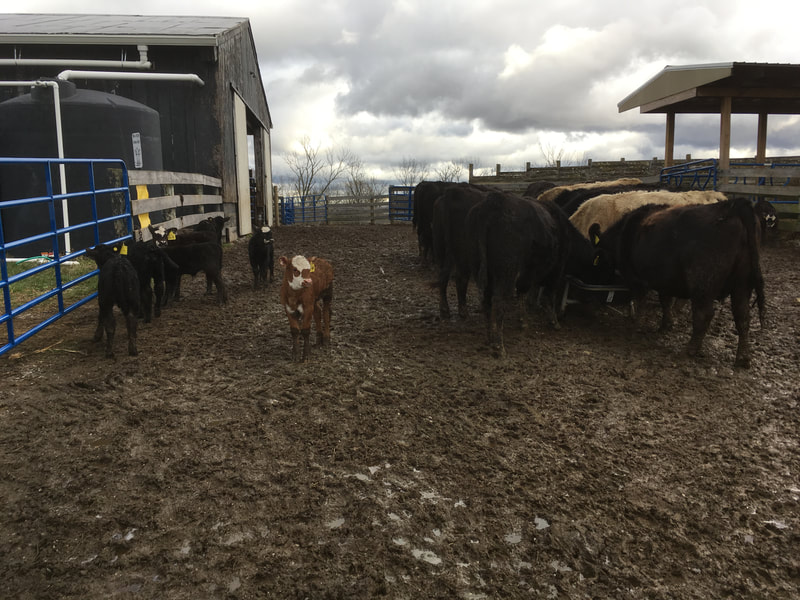 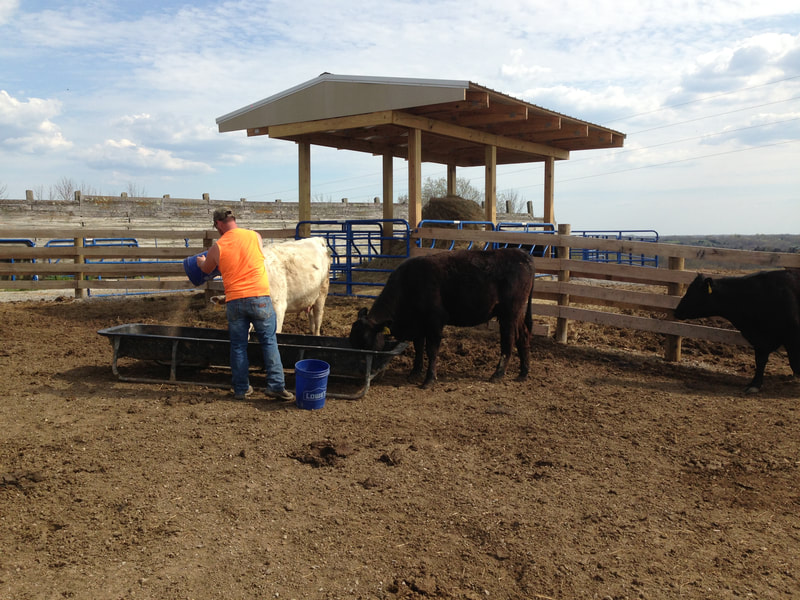 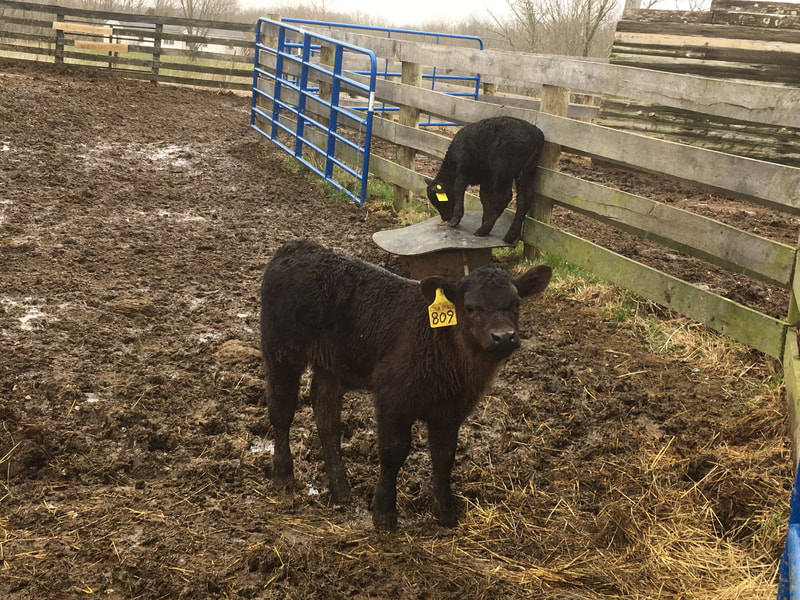