The water harvesting method at our Heifer Barn is similar to the method used at the Bull Barn. Water is collected from the roof into two cisterns, then is pumped into the silo for storage. From there, the water is gravity fed out to the four-way tire waterer. ​

Rainfall harvested from the roof provides the drinking water for stock, when they are in this area. The 40 by 60 barn structure captures approximately 1,500 gallons of rainwater with each inch of rainfall. The downspouts from both sides of the barn are routed into two - 2,000 gallon cisterns. Water captured in the cisterns is pumped into the silo, which was sealed with hydraulic cement to store water. The total volume of the system is approximately 6,000 gallons. This volume matches the requirements for 30 cow-calf pairs, or approximately 5,300 gallons, with a buffer of 700 gallons. Assuming Kentucky averages four inches of precipitation per month, the system has time to recharge while the cattle are rotated to another pasture for 30 days. A 12-volt solar panel and pump controller powers the system from the cisterns to the silo. A series of float switches turns the pump on and off automatically, as needed, to keep the silo filled and empty the cisterns. Once in the silo, the water can be distributed to the waterer using head pressure or gravity and controlled by the float valve in the tire waterer. The water supply to the tire waterer is a hybrid system. In winter, the system is drained and the water supply is switched to city water. 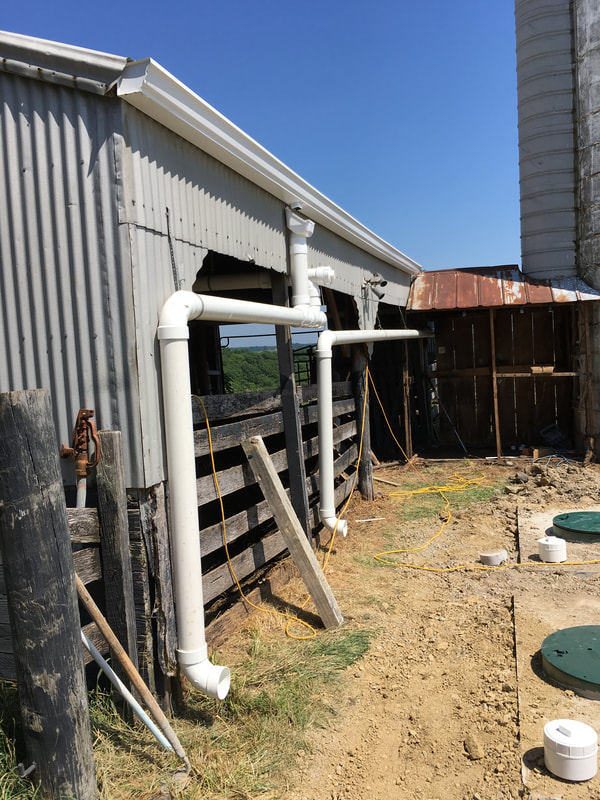 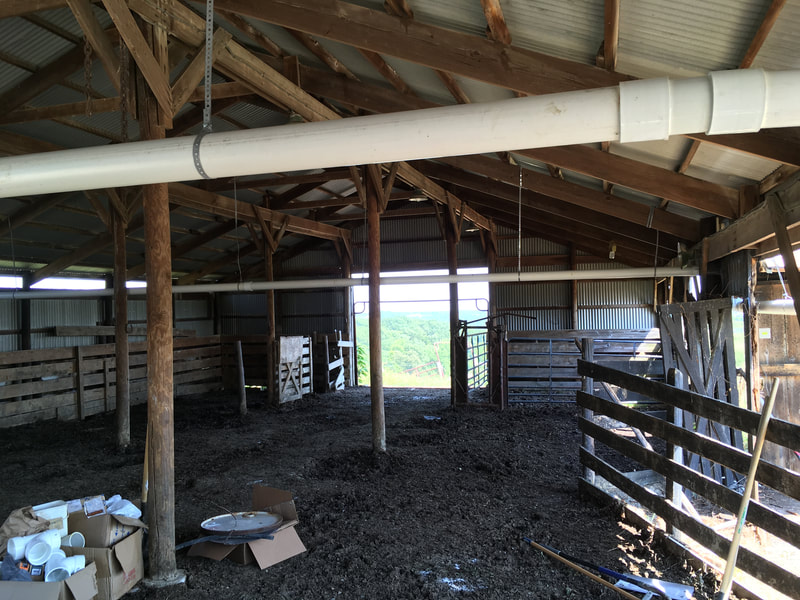 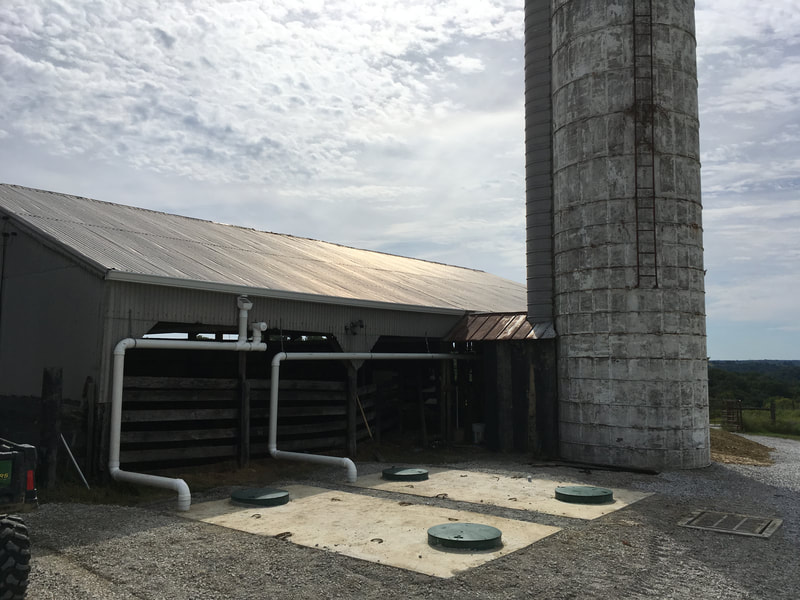 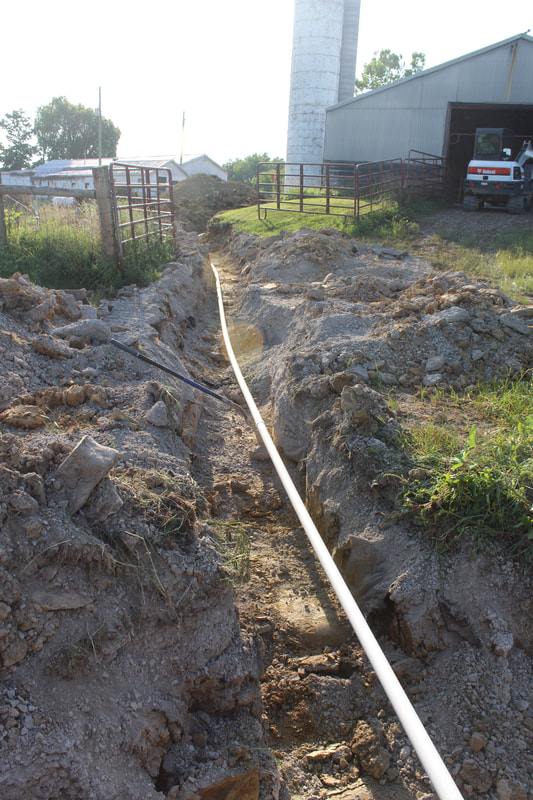 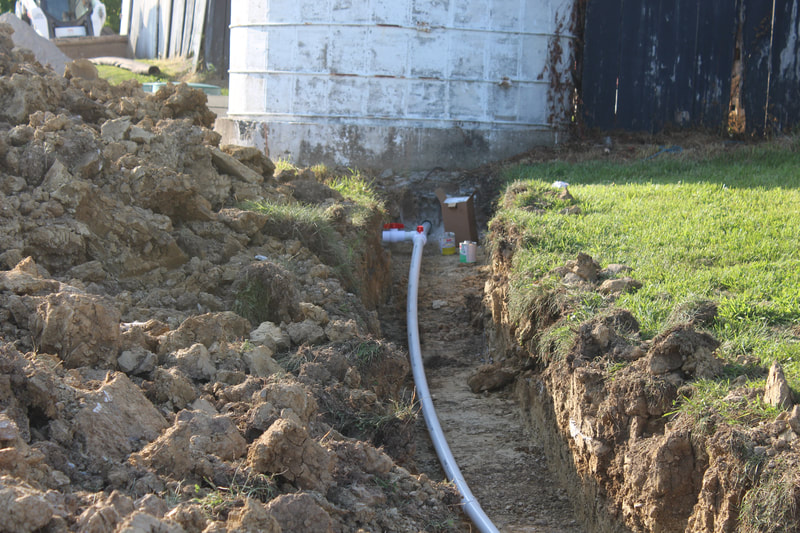 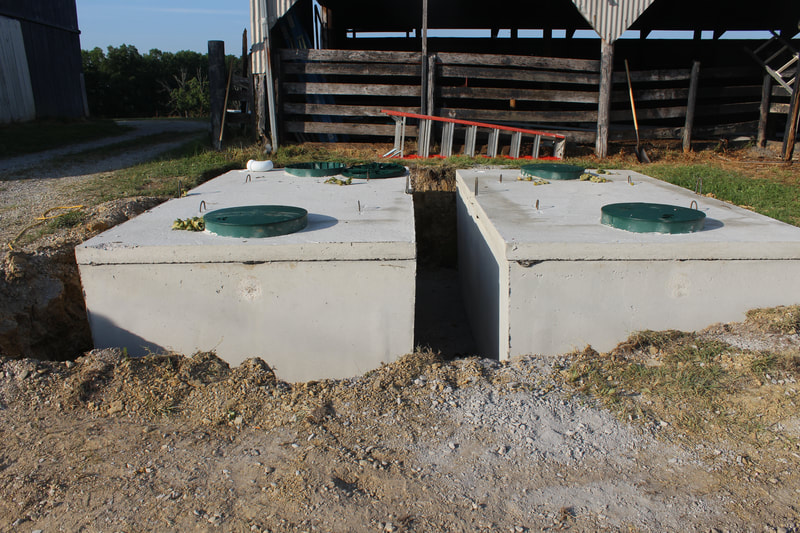 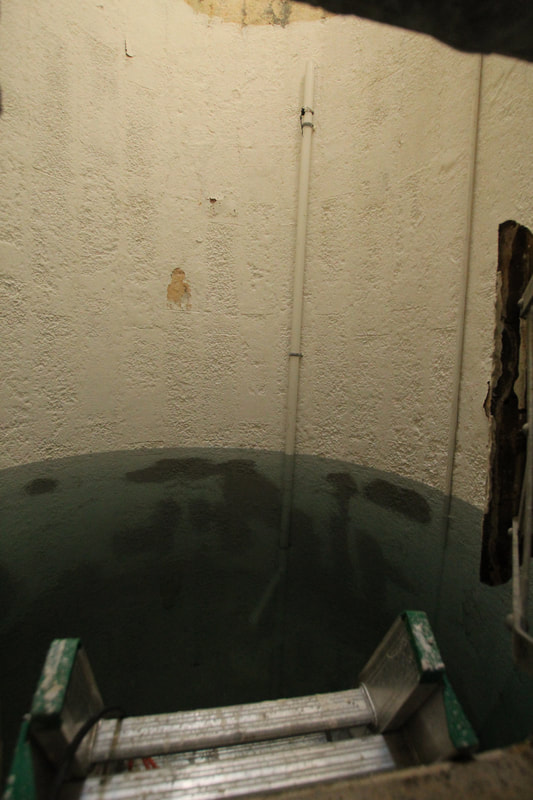 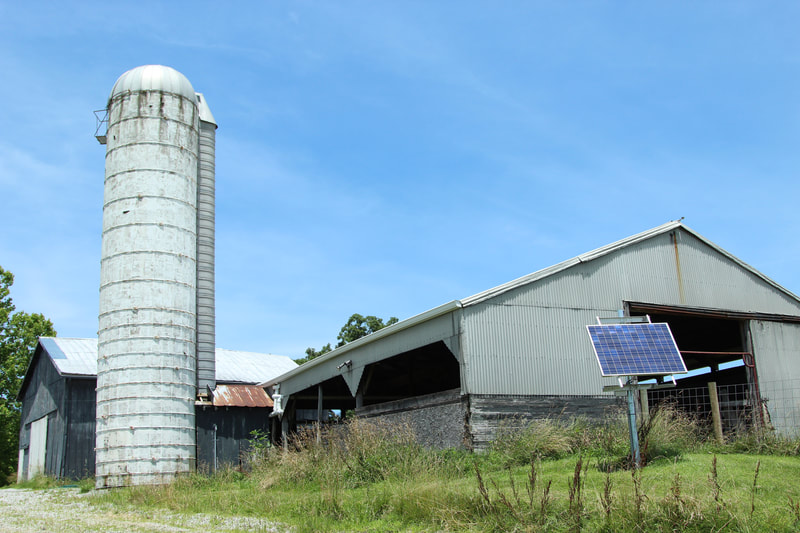 When the heavy-use area was put in at the ramp leading out to the pasture, the automatic water fountain that was in that area was removed and replaced with a tire waterer. This tire waterer is positioned further away from the barn structure and is accessible by four pastures. The 4-way tire waterer is filled with the water collected into the silo. 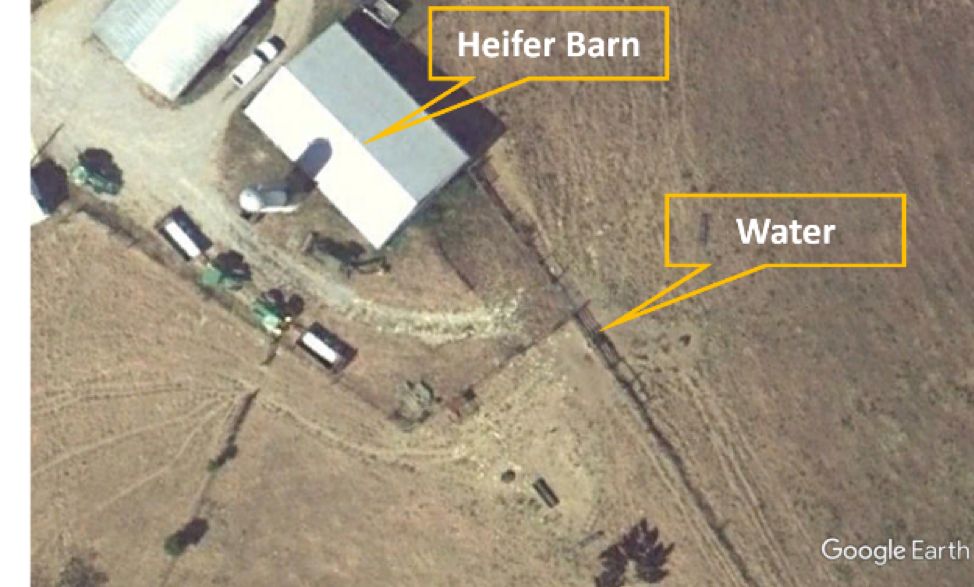 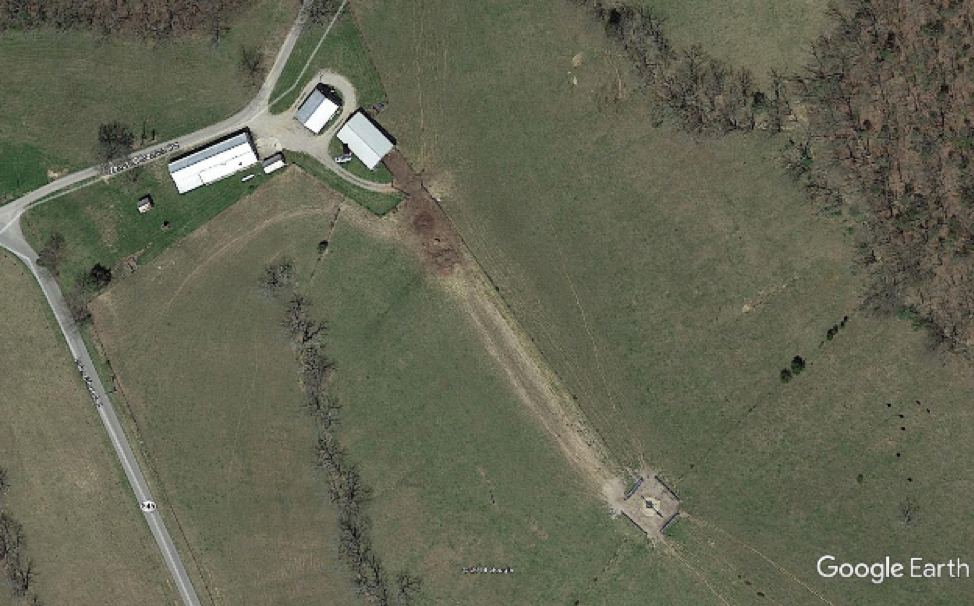